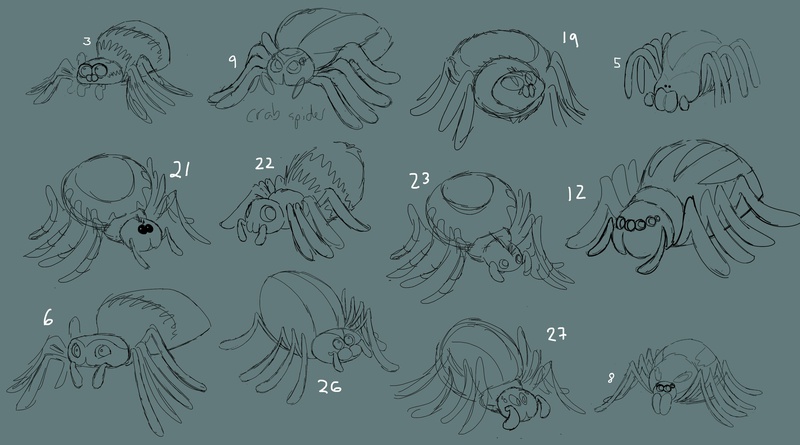 Sprite Fright is Blender's new Open Movie, now in development. You can follow progress and updates on the Cloud. Here, we talk with Art Director Andy Goralczyk about Sprite Fright’s grand ambitions.

If you were to choose protagonists in the story of Blender Studio, Andy would be one. He’s helped mould the filmmaking side of Blender as both an artist and a project lead, starting with the very first Open Movie, Elephants Dream, way back in 2005-2006. Andy contributed to many subsequent adventures, including 2019’s poetic fantasy Spring, which he wrote and directed.

But roles at Blender Studio are flexible, so Andy mixes the macro with the micro, also modelling environmental assets like fungi and flowers, as well as props -- from penknives to ozone-busting cans of ‘80s aerosol. Later in the film's journey, Andy’s role will shift again to focus on lighting, rendering, and refining the production pipeline.

One sign of the project’s ambition is the sheer number of shots, somewhere around the two hundred and twenty mark. “That’s a hell of a lot of shots for a film of this length,” Andy says. For comparison, even a potted epic like Spring comprised only a hundred shots, and Operation Barbershop weighed in at seventy five. “The more shots you have, the more the complexity rises. Basically, each shot means a whole new setup. Environment, characters, lighting, and so on. Of course, a number of things can be reused. But still, it’s a test.”

Another indication of Sprite Fright’s moonshot-like intentions are the amount of characters: its roughly ten minutes will be stuffed with people and creatures, foreground to background. So far, the cast totals five main characters, twenty-five sprites, plus snails, butterflies, birds and other woodland life.

If all goes according to plan, the endurance race that is Sprite Fright should take about a year. “Especially as we’re a small team,” Andy says, “All told, Spring was a year and a half, including pre-production, and there we only had seven people. For Sprite Fright, we’re currently around ten. Hopefully, we can pull it off.”

To find out whether this most ambitious of Open Movies makes the finish, stay tuned until October 2021.

In the meantime, if you’re curious about anything related to Sprite Fright’s creative, technical, or production processes, drop your questions in the comments, and we’ll cover them in a future post.

This is nice, I like how you guys are doing your best with great people, and talent at you hands. And I have that struggle with time too. But then in the end, all we hope as artists is that we pull it off. Can wait till October :D

@Obrien Productions Glad you liked it!