Another week, another character! The next character in the Settlers roster is called Gabby. She is almost ready. Just a few more shading and rigging tweaks, and then she will go into the animation department!

Gabby started as mask-less sibling of Lunte, but then evolved into her own identity. You can check out the Concept Art folder to see the process.

As usual, Julien meticulously covered the modeling process, and you can find snippets of it in the Character Development folder. In that folder you can also get a sneak peek of Phileas, the character that will be worked on next week...

Gabby's face is being rigged using the same system as Lunte's, with the main difference that parts of the face are not geometry, but actual shaders, driven by the rig! More on that next week. 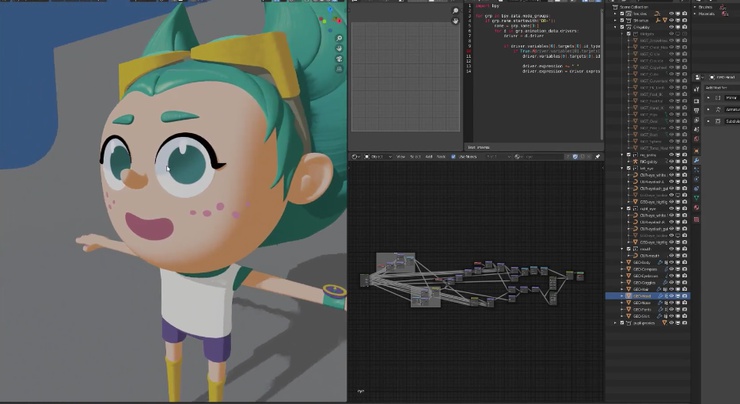 In the meantime, Pablico has been working on a more extended shot with Lunte in the desert, a set designed by Vivien in the past days.

Lots of progress, and we look forward to sharing more!