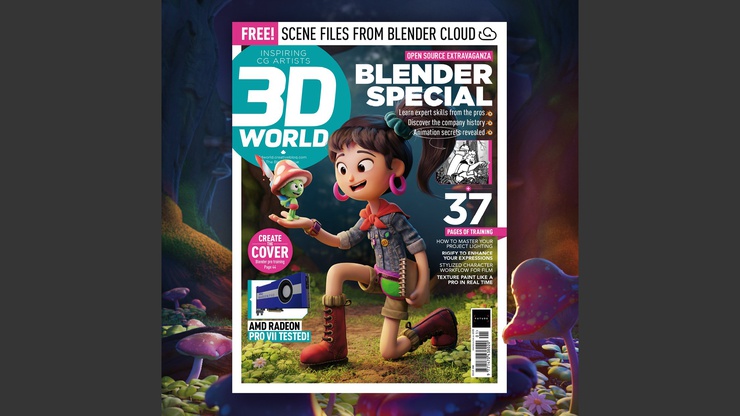 Included: a nitty-gritty tutorial on how to get the most out of Blender’s lighting system, tips on rigging expressions, real-time texture painting...and a metric ton more, all geared to helping you make amazing things with Blender.

Also included: inspiring Blender art, honest advice on the challenges of being a creative or a producer, and the unconventional story of Blender itself--from attic to global Open Source project.

Also, also included: find out about Sprite Fright’s directors and their vision, the movie’s character design process, and how Sprite Fright seeks to push Blender as both software and an animation studio. Plus, free scene files for you to download and dissect.

Not included: the default cube. 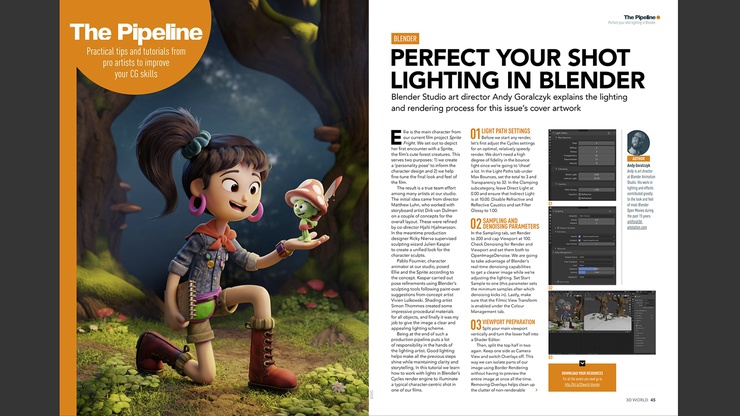 It would be good if they gave more information and training on lighting and rendering through blender cloud, it seems to me that little training is given on these topics

@G12Animation Thanks for the feedback! As the project develops we will make sure to share more lighting and rendering techniques.

Please provide more technical information and advice on lighting and advanced rendering through blender cloud, being a payment platform they should provide some advanced training in these areas, thank you

@G12Animation Seems a bit of an off-topic request under a magazine announcement. A lot of the training available within Blender Cloud is rather outdated indeed, the best way to keep it relevant in my humble opinion would be to contract Ian Hubert, Andrew Price and Midge Sinneave Mantissa to create special Blender Cloud Only training. That would increase interest tenfold and keep it fresh. Recent additions like the training by Simon and all the work on the Sprite Fright project are really great! But we need Blender Cloud to become the creative hub worthy of it's amazing community!

@Daan de Bruijn I second this motion. It would be amazing to have those three creating special training.