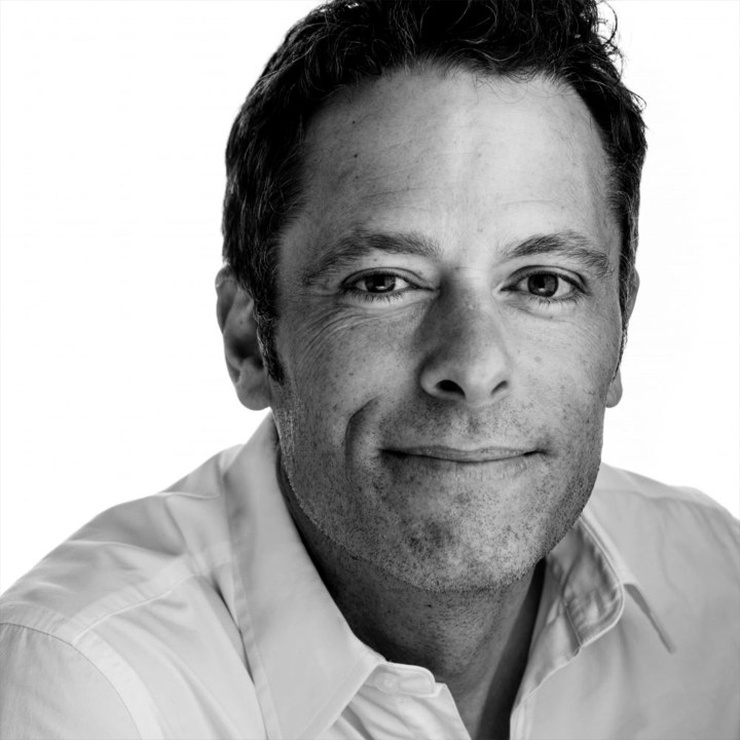 Matthew is a world-class storyteller. After a childhood devoted to cartoons, movies and art, he attended the Disney-founded university CalArts. His career began as The Simpsons’ youngest animator. Later, he worked as an animator on Pixar’s Toy Story, then in commercials, then back at Pixar—this time in the story department.

Matthew stayed at Pixar for decades, becoming a story supervisor and contributing to films like Ratatouille, Up, Monsters Inc. and Monsters University. When not directing, Matthew teaches storytelling techniques to high-profile clients like Warner Brothers, Microsoft, Google and Apple. 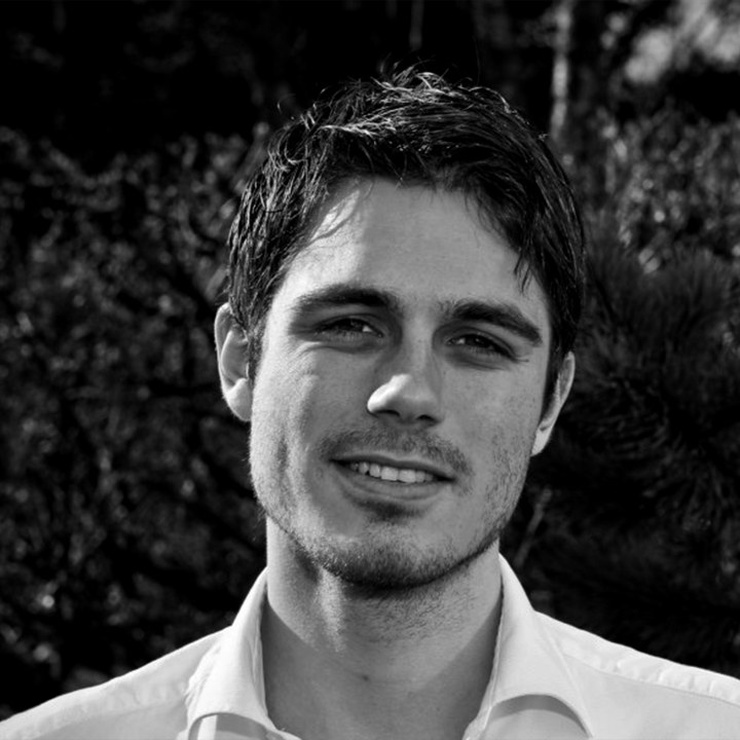 Hjalti has a broad background: he started in 3D as a teen, which led to studies in computer science, graphic design, and later animation. He began his career as a character animator, designer, and rigger for the advertising industry.

Hjalti’s animations have won several awards, among them Blender’s own Suzanne Award. He’s also been involved with several Open Movie projects, including co-director for Agent 327: Operation Barbershop, and animation director for both The Daily Dweebs and Spring. 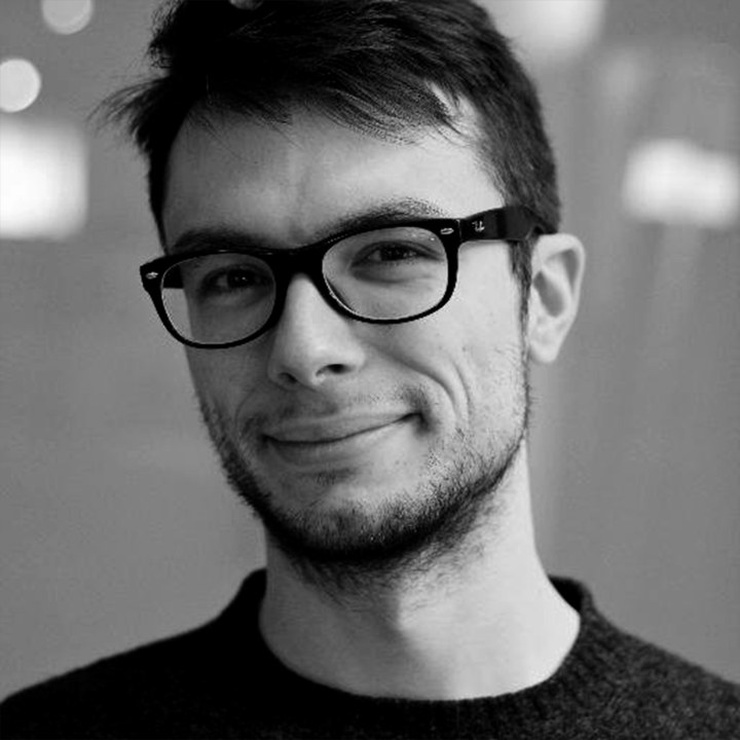 Francesco studied industrial design in Italy, but always had an interest in computer graphics. As a teenager, he discovered Blender by accident and started using it for freelance projects, eventually attending his first Blender conference in 2009. 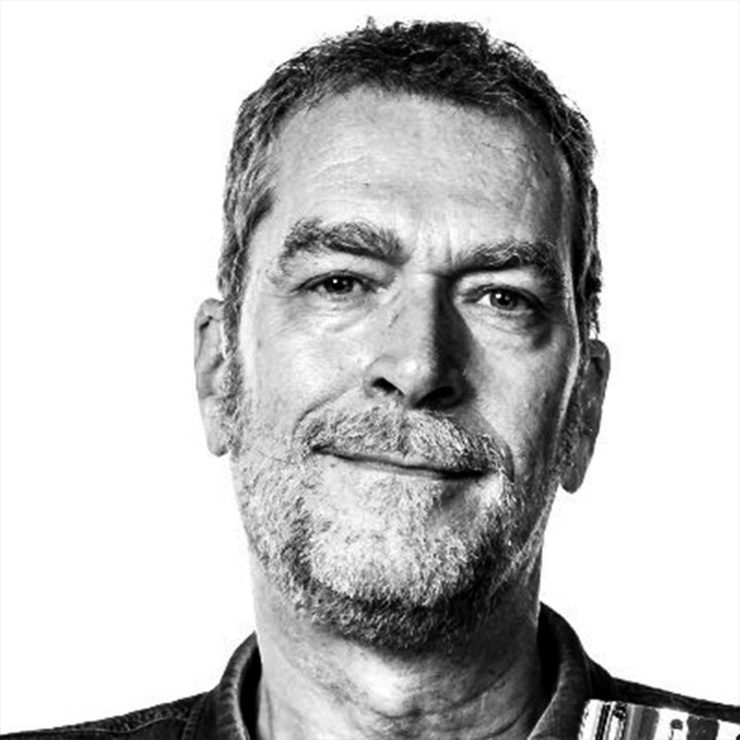 Ton wrote the files that would become Blender back in 1994. Since then, he’s guided Blender’s development, both as software and as an organization, and produced its Open Movie projects.

Ton sees Blender as the result of thousands of developers and artists collaborating to create the software they find most useful. For Ton, the Blender community includes everyone who has so much as downloaded Blender, and extends to donors, and those who make their livelihood from it.

Ton is the Chairman of Blender Foundation, and Director at Blender Institute. 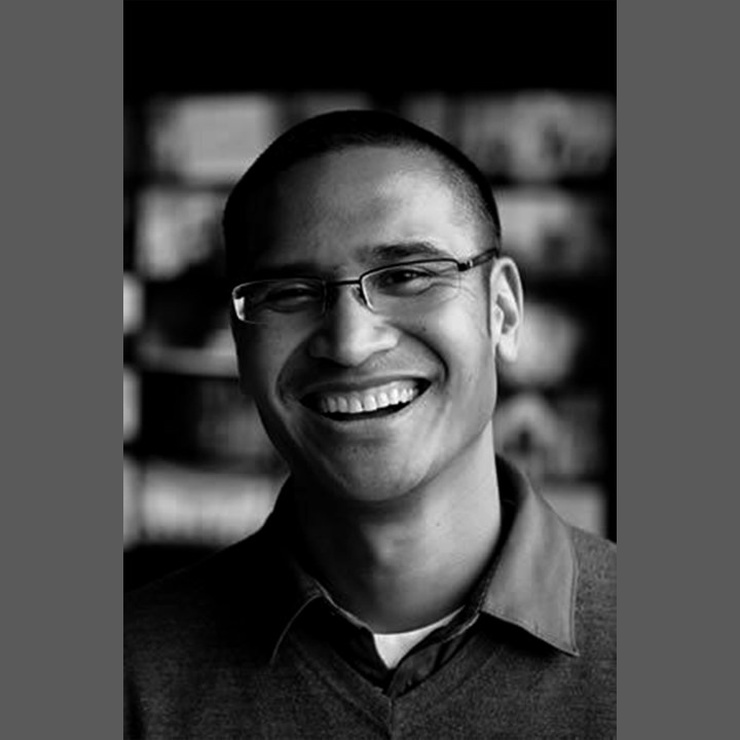 Ricky’s goal as an artist is to rediscover the simplicity and joy kids take in making pictures. He references Picasso’s quote: “It took me four years to paint like Raphael, but a lifetime to paint like a child.”

Find out more about Ricky at this site. 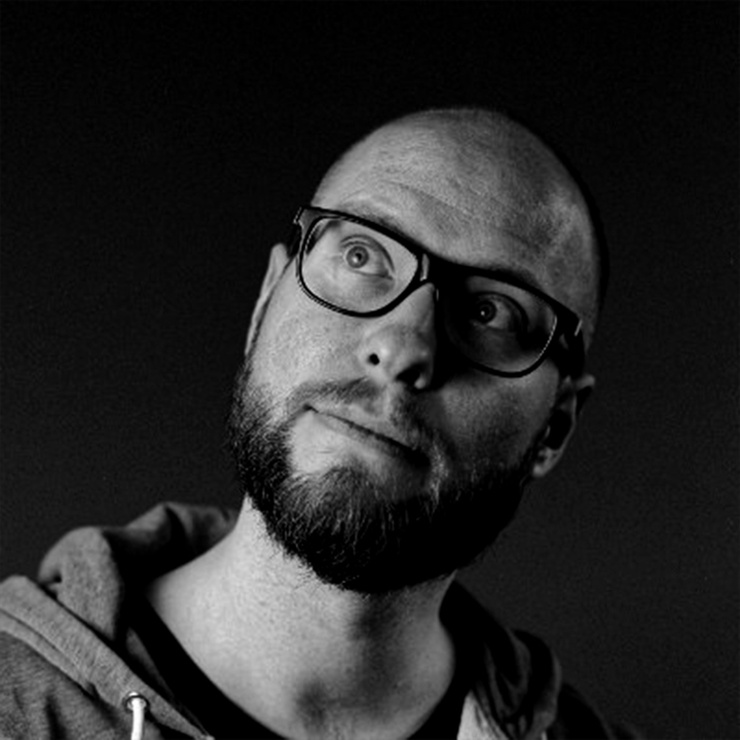 Andy is a Blender lifer. He’s been working with the software since high school and has attended every Blender Conference. After some open-source short film experiments, Andy joined the Blender Institute to work on its first film, Elephants Dream, then Big Buck Bunny, Tears of Steel, Caminandes 2, Cosmos Laundromat, Agent 327: Operation Barbershop, and The Daily Dweebs. He also directed Spring, a poetic short inspired by his childhood in the mountains of Germany.

Andy has a graduate degree in Media Arts, which included creating a robot garden with help from Blender. For Sprite Fright, Andy is responsible for lighting, prop modelling, hair grooming and effects. 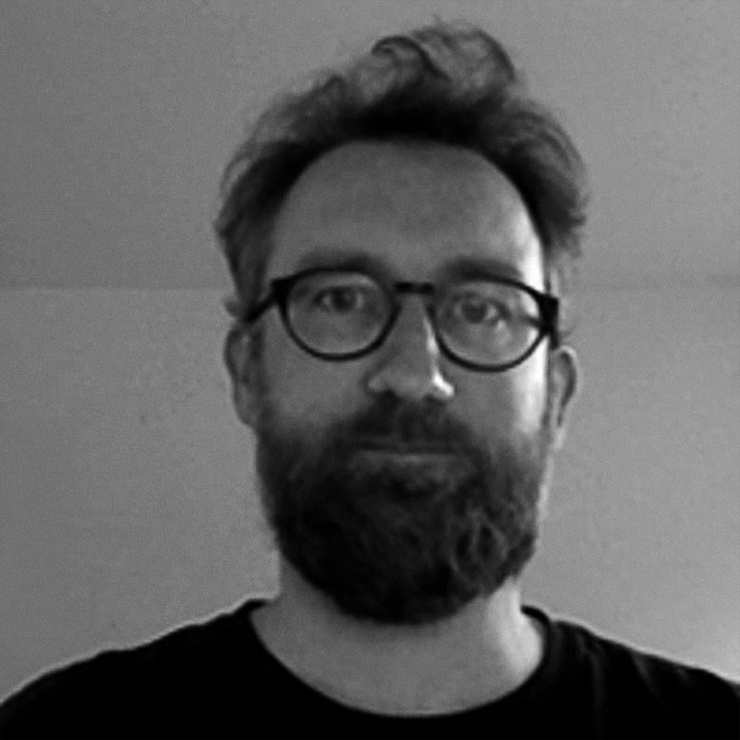 Since early 2014, Dirk has worked as a storyboard and beat board artist focusing on feature animation. He’s based in Eindhoven, the Netherlands, where he works out of his home studio. Clients include studios like Aardman Animation, Axis, ON Animation, Lightbridge Entertainment, STX Animation and ZAG Entertainment.

As well as being a story artist, Dirk is the founder of storybeard.net. This online digital “bookshelf” is a way of documenting Dirk’s passion for story theory, storyboarding and writing—and sharing it with the world.

He’s inspired by everyday life, and has published three books that document his observational drawing practice. 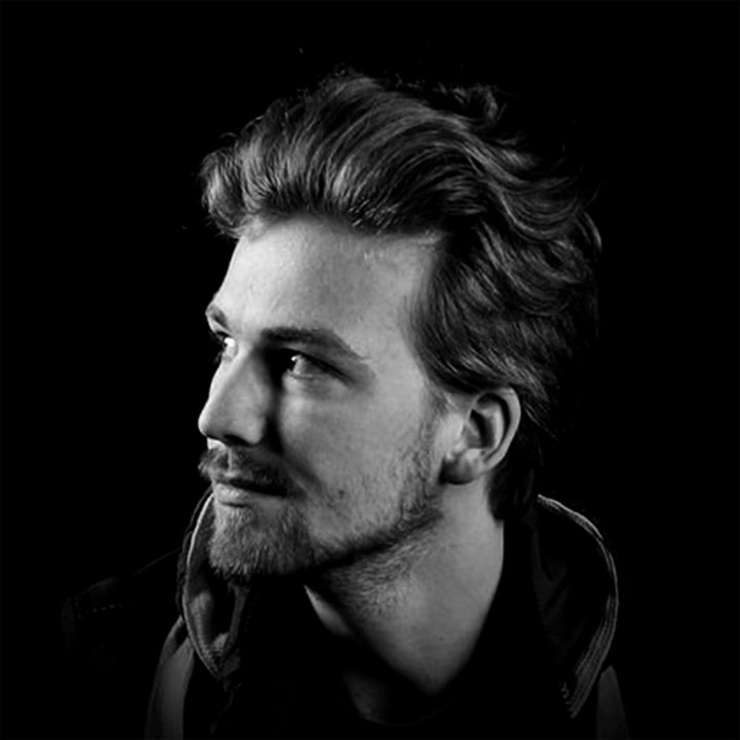 Julien’s 3D journey began when he stumbled across Blender while looking for a free alternative to AutoCAD. He was fifteen.

Julien began making animated logos, which were offered to the clients of the photography studio where he worked. From there, Julien picked up projects for local companies. Eventually, he made a small ad that runs in his home town’s cinema to this day.

He’s worked at Blender since 2017. Previously, he spent three years as an apprentice in his native Germany, increasing his 3D skills to a professional level.

Julien specializes in stylized, expressive character design. Amongst his credits is the heroine for Spring, an Open Movie from 2019.

His detailed courses Stylised Character Workflow and Animation Fundamentals can be found on Blender Cloud. 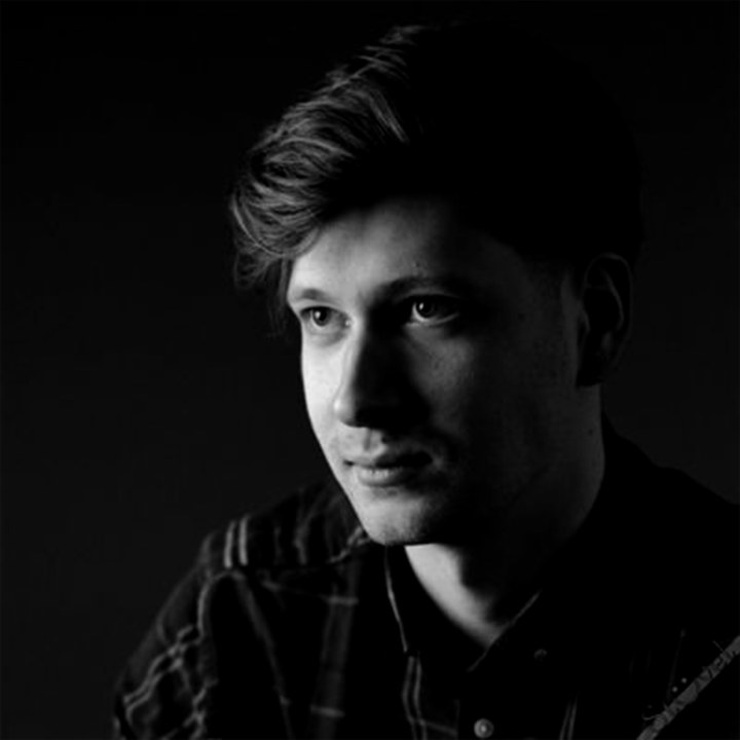 Simon studied at RWTH Aachen University, a leading European science and research institution. Simon discovered CAD during an internship, when he worked with Blender to produce Audi visualizations. He freelanced for four years, before being hired as a 3D Generalist at Blender.

Simon’s skills include stylized character creation and digital painting. However, his main fascination is shading, particularly procedural shading. Recently, Simon created a mammoth series of tutorials for Blender Cloud subscribers, in which he dives into the intricacies of node-based shading workflows. See Simon’s in-depth course Procedural Shading: Fundamentals and Beyond on Blender Cloud. 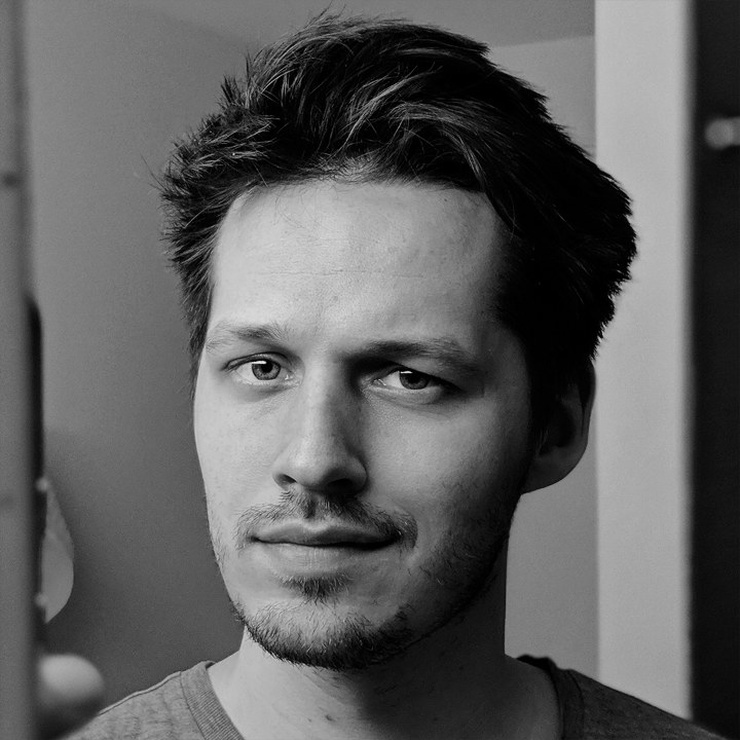 Rik suspects that his childhood fascination with Lego first drew him to 3D as a teenager. As a result of these passions for building in plastic and pixels, Rik later obtained a degree in computer animation and visual effects.

After an ambitious graduation project in which he worked on every part of the production pipeline, Rik decided to focus on character animation. In order to reach his goal, he studied further at the AnminSchool, then went on to freelance as a character animator in his native Holland, before working in TV, commercials and film for Storm Postproduction and Sony Pictures Imageworks. Rik contributed his talents to Spider Man: Into the Spider-Verse, and Smallfoot. He’s still involved with AnminSchool, as a teacher for their facial performance class.

Find Rik on his site. 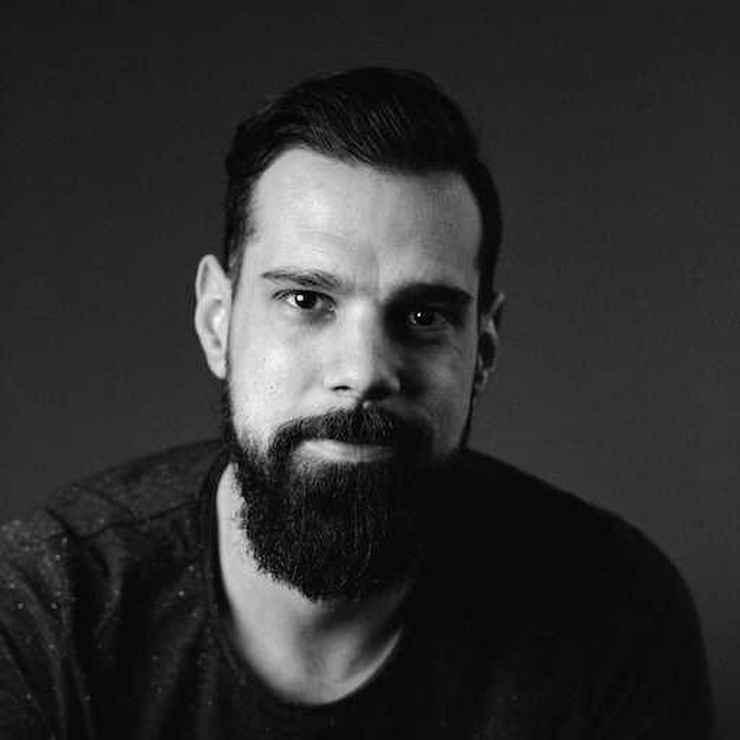 Pablo earned a Master in Animation from the CICE, a school whose teachers are recruited from the most prestigious Spanish production companies. He’s also taken various courses at iAnimate, CGTarian and the VFX School.

Since 2012, Pablo’s worked as a character animator in studios like Illumination Mac Guff, which makes films like Despicable Me, Minions, The Secret Life of Pets and Sing for Illumination Entertainment and Universal Pictures.

He’s worked as a character animator for Blender since 2017, including a stint on the Open Movie Spring. 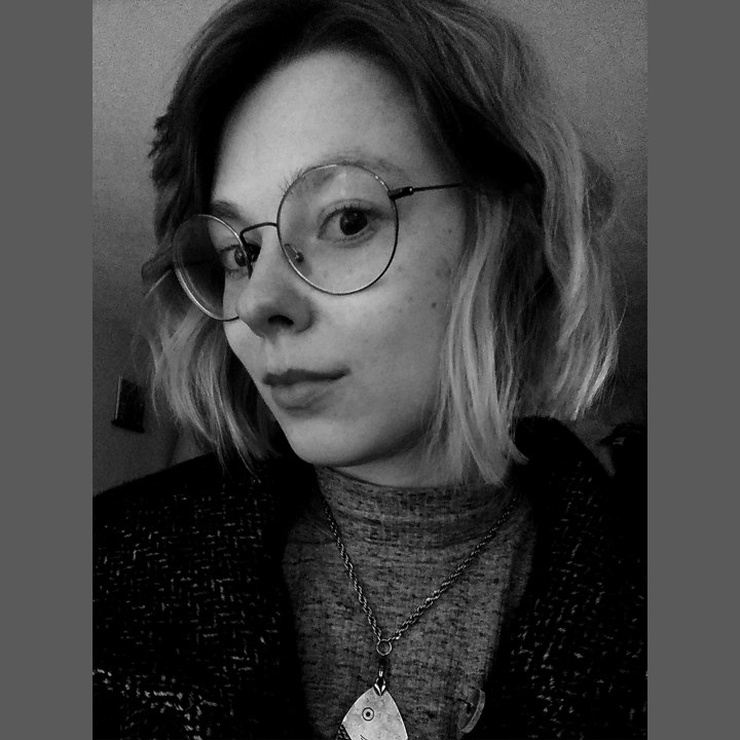 Vivien studied literature in Germany in order to find out about stories…then take the core of those stories and turn them into video game experiences. She used her student grant to buy a Wacom tablet.

She’s supplied modding communities with artwork/animations, taught herself how to paint and design, and studied with mentors like ex-Disney artist Chris Oatley.

She’s currently learning Blender in order to “enter another dimension.” Besides art, Vivien spends her time “reading picture books and books with no pictures, and bouldering.”

As well as working on Sprite Fright, Vivien provided the concept art for a previous Open Movie project, Coffee Run. Her other credits include visual development and character design for various studios and projects, from short films to TV to features. 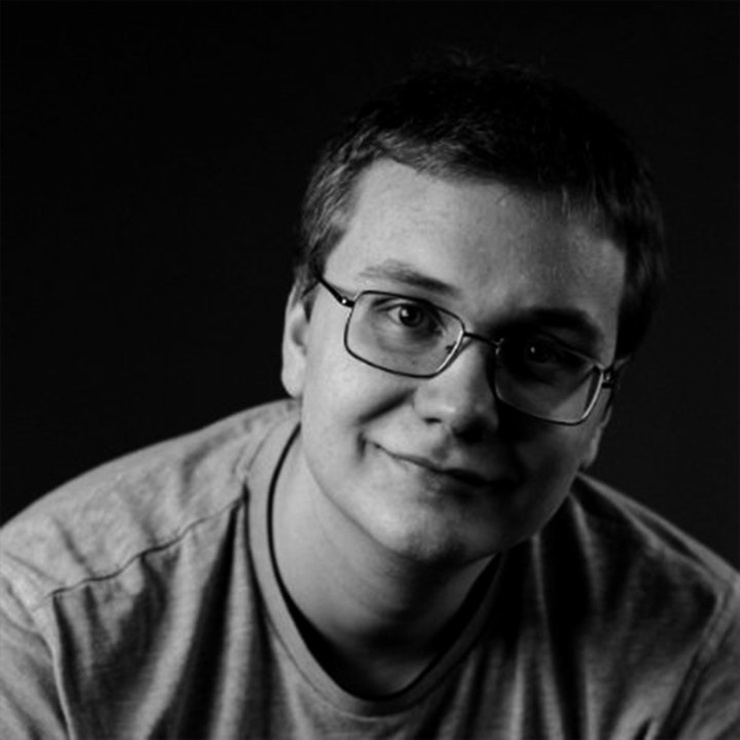 Blender has been Demeter’s source of income since he was sixteen. He grew up in Hungary and studied Games, VFX & Animation in the UK—where he converted many of his classmates to Blender. During and after his study, Demeter worked as a freelance rigger/animator.

Demeter is inspired by video games and video game cinematics, especially those of Blizzard and Riot. However, as a technician, Demeter is most fascinated by beautiful code. This includes the code that powers Blender, and the code that allows CD Projekt Red to generate, rig and animate thousands of NPC characters in a massive video game world.

Since joining Blender, Demeter has fallen in love with animated movies. Find Demeter on ArtStation. 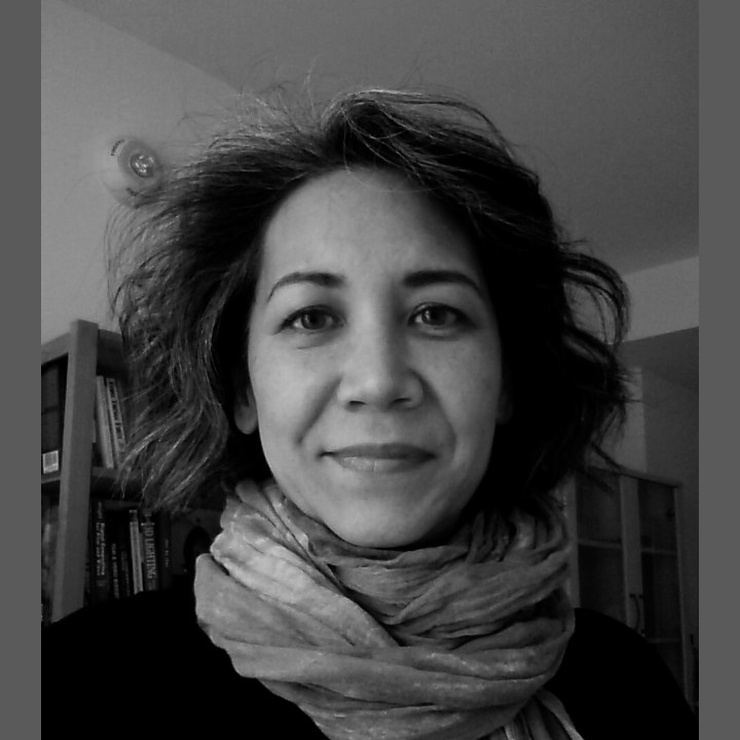 Since 2000, she has contributed as modeller, rigger, texturer to a variety of feature films, DVD movies, television series, and short films using Blender, Maya, XSI, Softimage. Her Blender journey began in 2007, shortly after watching Elephants Dream. She then went on to work on Sintel and Cosmos Laundromat. In 2011, she created the tutorial series, Blenderella, Advanced Character Modeling available on Blender Cloud.

Angela has long appreciated art and animation. At eight years of age, she started making stop-motion shorts on film. At twelve, she created an ASCII based animation on the Commodore PET computer.

Between 1990 and 1996, she attended the University of Ottawa and graduated with a Bachelor of Education and a Bachelor of Fine Arts.