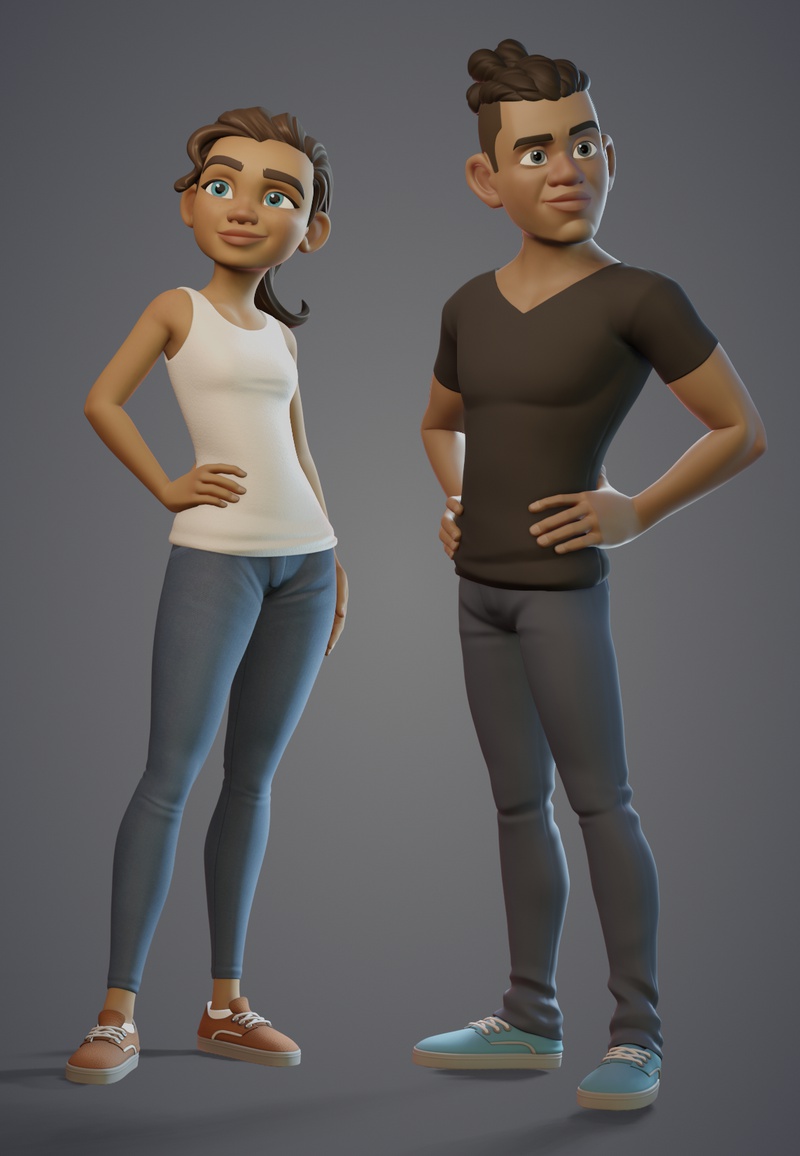 This was the last task I originally did for Snow: Putting him into an equally neutral but appealing pose right next to Rain. This was done directly in Sculpt Mode with the new features like face sets, transform tools and the pose brush.

There are still some aspects of the pose that I would like to improve but the pose itself is solid. Once the character is completed I can rework his pose.